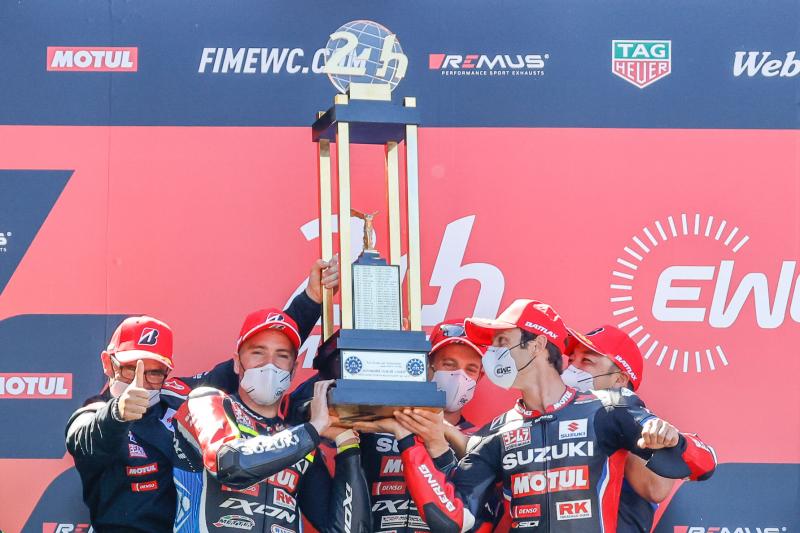 YOSHIMURA SERT MOTUL, a team that competes in the premier motorcycle endurance world road racing championship series held by the International Motorcycling Federation (FIM), the 2021 FIM Endurance World Championship (EWC), won the first round 24 Heures Motos held in Le Mans, France from 12 to 13 June 2021. EWC is a motorcycle endurance race with production-based motorcycles that are modified into endurance racing specification.

Suzuki entrusts the team operation to Yoshimura Japan Co., Ltd. and together they are competing with the supersport model GSX-R1000R. YOSHIMURA SERT MOTUL finished the qualifying session in second, and started the race from the second position, pushing hard from the first lap. By the third hour of the race, the team became the race-leader, and held the lead until the end, making it a perfect race without any mistakes to finish with 855 laps, 8 laps ahead of the second place.